10/1/22
The great Ted Panken wrote a big profile of me for Jazz Times. Really goes into detail for a whole slew of my projects and my life story!

5/13/22
My new record Assembly is out now on Yestereve records
CD release is May 25 at Barbes in Brooklyn.

2/12/22
I’m the artist in residence for this years Kronos Quartet Festival! Premieres! My trombone band The Heavens! Plus Bay Area High school trombone choir! My crazy suite of John Williams/Spielberg scores for triple string quartet, brass choir and talking ET dolls! SF people, this is a rare chance to hear me play my own music and an even rarer chance to hear me play *with* Kronos. Don’t miss this!
April 7, 8, 9, 2022
SFJazz
Buy tickets

4/6/21
Going through my “archives”, putting some stuff out there, throwing some red meat to the hardcore Garchikians. Here’s a goodie from a 2012 quartet with Steve Lehman, Jacob Sacks, and Satoshi Takeishi.

6/29/20
CLEAR LINE is out July 28, 2020 on Itunes, Amazon mp3, and Bandcamp. A startling new take on the venerable big band, featuring the pure sounds of 13 horns with no rhythm section. CLEAR LINE spotlights my compositions for an all-star band of young players from a variety of musical backgrounds.

12/1/19
I wrote an article for Slate about Hadestown, Broadway, trombones, and the great Brian Drye.

5/22/19
I wrote a piece for Kronos Quartet, using the voice and music of Pete Seeger. “Storyteller” premieres June 1, 2019 at SFJazz as part of the Kronos Festival.

12/30/17
On Roswell: In which I attempt to get into the nitty gritty on the greatness of Roswell Rudd. A guest post on Ethan Iverson’s Do The Math.

12/29/17
The Green Fog, a collaboration between Guy Maddin, Evan Johnson, Galen Johnson, Kronos Quartet, and myself, is opening in NYC and San Francisco. A scene-by-scene reimagining of Alfred Hitchcock’s Vertigo, comprised entirely of Bay Area film footage from a variety of other sources.
January 5-6 2018 at IFC Center, New York and
January 5, 7, 9, and 10 at the Roxie, SF

12/29/17
Ladilikan, from Trio da Kali and Kronos Quartet, featuring my arrangements, received widespread acclaim, including many best of 2017 lists.

2/16/17
ON SALE NOW:
SF INTERNATIONAL FILM FESTIVAL CLOSING NIGHT
April 16, 2017
THE GREEN FOG — A SAN FRANCISCO FANTASIA
Join award-winning filmmaker and cultural iconoclast Guy Maddin and the world-renowned Kronos Quartet for an unforgettable collaboration at the 60th San Francisco International Film Festival. To close out the 2017 program, Kronos Quartet will perform a new score by composer Jacob Garchik to accompany a visual collage by Maddin: a scene-by-scene reimagining of Alfred Hitchcock’s Vertigo, comprised entirely of Bay Area film footage from a variety of other sources.
After the film, join us for our Closing Night Party at MEZZANINE for dancing and drinks! Note that the party is 21+, but all ages are welcome to attend the film.

10/1/16
I’m honored to have worked on
this brilliant piece by Tanya Tagaq for Kronos Quartet. You can download score for free! Inuit throat-singing, transcribed for string quartet. Check out the recordings side by side, they are astonishing.
To create the score I experimented on a student violin, worked with Kronos on alternative notation, and refined techniques they and Tanya wanted. 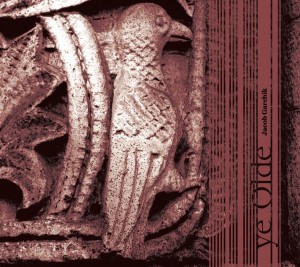 2/9/15
Angelique Kidjo’s Eve, with my arrangement of Ebile featuring the Kronos Quartet, wins a Grammy for best World Music Album!

3/11/14
A Thousand Thoughts, the new album from Kronos Quartet, features 4 of my arrangements, including music from Vietnam, China, Syria, and Greece. Check out tracks 3, 4, 7, and 10.

2/22/14
Premiere of a new collaboration with The Kronos Quartet and Mali’s Trio Da Kali at the University of Maryland
I created the arrangements for this exciting project.

Available now on Itunes, Bandcamp, CD Baby, Amazon and directly from this website.

Jacob Garchik – “The Problem of Suffering” from Search and Restore on Vimeo.

Jacob Garchik – “Creation’s Creation” from Search and Restore on Vimeo.

From the mind of Jacob Garchik comes an astonishing and astounding testament to the power of reason. A nine part suite for trombone choir, the record features up to eight trombones, two baritones, two sousaphones, and a cameo by a pint-sized-sounding slide
trumpet. All of the parts were recorded by Garchik in his Brooklyn home studio.
More about the album