Click below to purchase through PayPal
You don’t need a PayPal account to buy, only a credit card. 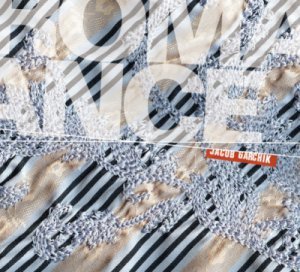 Dan Weiss has performed and or recorded with David Binney, the Village Vanguard Orchestra, Ravi Coltrane, Lee Konitz, Dave Liebman, Wayne Krantz, Kenny Werner, Ritchie Beirach, Jazz Mandolin Project, and Uri Caine. He started playing the drums at the age of 6. He has toured Europe and the U.S. extensively for 6 years with many different projects. He has also played in South America and Asia. He has recorded for Omnitone, Fresh sound/new talent, Arabesque, Criss cross, Between The lines, and Act record labels.
Dan has studied tabla for the last 7 years exclusively under the guidance of his guru Pandit Samir Chatterjee. He has performed classical indian music with Ramesh Mishra, Mandira Lahiri, Subra Guha, Anoushka Shankar and Steve Gorn. He has also performed in recitals with his teacher in Kolkatta, India.
His newly released solo album contains traditional tabla repertoire adapted to the drumset in a classical manner.

Dan is involved with many groups at the moment but is most excited about the trio that he composes for which includes Jacob Sacks and Thomas Morgan.
www.DanWeiss.net
Dan Weiss Selected Discography:

Jacob Sacks is one of the most creative pianists on the NYC jazz scene today. His strong individual voice has been heard in a variety of settings ranging from the mainstream jazz traditions of the Mingus Big Band and Orchestra to the compositional free jazz style of the Mat Maneri ensemble to the vamp based fusion of Dave Binney’s Balance.

Originally from Michigan, Jacob moved to NYC in 1995 to study with Garry Dial at the Manhattan School Of Music. After graduating in 1998, he focused his energies on both performing and teaching music. In the performing arena, Jacob became a member of many different ensembles, recorded several albums, and has toured the United States, Europe, and Canada several times.

Jacob currently resides in Brooklyn, where he is working on several recording projects and on a book for beginning pianists.
jacobsacks.com

Judith Berkson’s experience ranges from encounters with folk legend Theodore Bikel and saxophonist Steve Coleman to renditions of the works of Milton Babbitt to collaborations with Joe Maneri and Osvaldo Golijov. As a soloist she accompanies her microtonal singing on analog wurlitzer. She currently teaches a class in microtones as well as harmony and counterpoint and in addition to performing new music she is a Cantor and teaches liturgical music at Old Westbury Hebrew Congregation on Long Island.
judithberkson.com